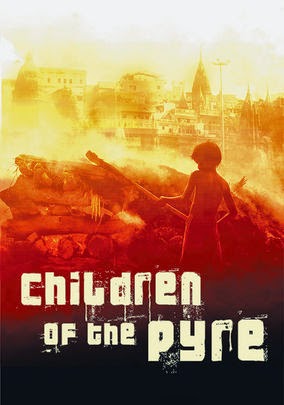 Directed by Rajesh S. Jala, Children of the Pyre is a documentary about seven remarkable children who have been brought up in Varanasi and have been making a living by cremating the dead at Manikarnika, one of the busiest cremation grounds of India.  The film is a compelling real-life, self-narrative of seven extraordinary children who make their living out of the dead. They collect; snatch or steal used coffin shrouds and sell them for petty amounts in order to ensure their own and their family';s survival. Tempered by the heat of the pyre, strengthened in the face of adversities and crafted by a volley of abuses, these imps weave through the pyres and struggle through disdain in this land of the dead. Laughing, smiling, weeping, fighting and shouting, these children run the race for survival - winning it again and again - everyday. The film is a terrible saga of exploitation that celebrates the victory of innocence over the most harrowing realities of life. It';s a torturous journey through seared bodies, callous minds and dead consciences that constitute the human reality of the Ghats at Varanasi. 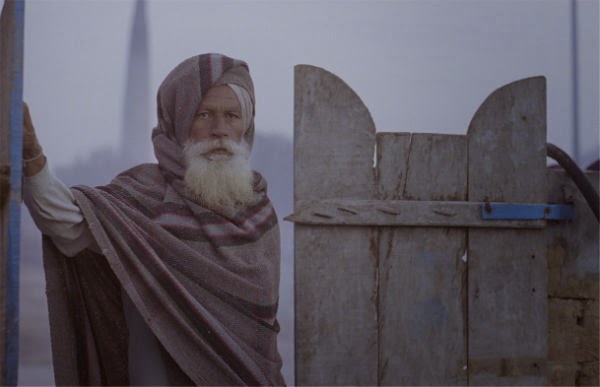 On a foggy winter morning, a Dalit family in a village in Punjab wakes up to the news of the demolition of a house of one of their community members on the outskirts of the village. Father, a silent sympathiser, joins his community in demand for justice for the affected family. The same day, his son Melu, a cycle-rickshaw puller in the city, is participating in a strike by his union. Injured and alienated, Melu spends the day quietly resting and later joins his friends as they tease him over his state of affairs. Hesitantly, he drinks with them in the night as they debate the meaning of their existence. Cycling through the city streets, Melu feels lost and wonders where to go and what to do. Back in the village, his mother feels humiliated at the treatment meted out by the landlords in whose fields she works. Gunshots are heard in the night and the village is tense. It';s the night of the lunar eclipse. A man wanders asking for the traditional alms while Father decides to visit the city with a friend, even as his daughter Dayalo walks through the village streets in the night.