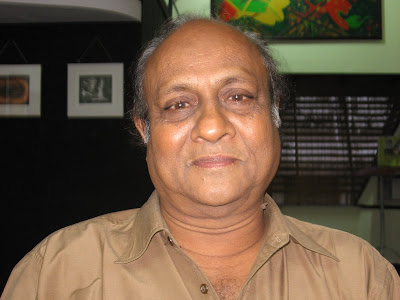 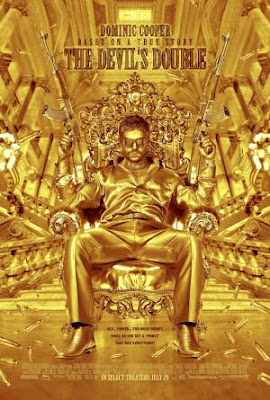 Based on The Devil's Double by

Latif Yahia (Dominic Cooper), an Iraqi soldier fighting in the Iran–Iraq War, is called to become a "fedai" ("body double" or political decoy) for Uday Hussein (also played by Cooper), the playboy son of Iraqi president Saddam Hussein (Philip Quast). Latif comes from an upper-class family and had attended school with Uday, where the other students would remark on their likeness. Latif initially refuses the position, but is imprisoned and tortured, ultimately relenting when his family is threatened. Latif undergoes minor cosmetic surgery to perfect his resemblance to Uday and practices emulating the young Hussein's mannerisms and wildly volatile persona. He is given access to all of the luxurious benefits of the Husseins' fortune, including massive palaces, expensive wardrobes and Uday's Ferrari and various other exotic cars. Latif tries to resist Uday's exorbitant merrymaking and erratic behavior, at one point fleeing a nightclub in another of Uday's Ferraris to attempt to see his family, who believe he has died in the war. However, he is apprehended by Uday's bodyguards and beaten. After an appearance at a conference with several Kuwaiti leaders, an attempt is made on Uday's (Latif's) life, apparently by a member of a rebel opposition group, possibly a Kurd. The real Uday, though, is more concerned with the Kuwaitis, who he believes have been slant drilling from Iraq's Rumaila oil field. The First Gulf War is launched with Uday proclaiming "The Age of the Sheikhs is over!"

Uday's increasingly violent, sadistic tendencies are displayed when he kidnaps a 14-year-old school girl and forces her to escort him to a party. At the party, based on an actual 1988 celebration honoring Egyptian President Hosni Mubarak's wife Suzanne, Uday becomes enraged with his father's personal bodyguard Kamel Hana Gegeo (Mehmet Ferda). Uday believes Gegeo facilitated an affair between Saddam and Samira Shahbandar, which devastated his mother, Sajida Talfah, and he also expresses jealousy at the trust his father places in Kamel Hana. When Gegeo disrupts Uday's sexual advances towards his young victim, Uday butchers him with an electric carving knife in front of all of the guests. The next morning, Uday's bodyguards are seen dumping the naked, beaten body of the young girl.

Latif, acting as Uday, is later sent to Basra to rally support among Republican Guard soldiers as Coalition forces have taken control of the war. At Basra, another attempt is made on Latif's life. To Uday's great concern, Latif nearly loses a pinky in the assault, which presumably would mean Uday would have to have his amputated to maintain their resemblance, but doctors are able to save Latif's finger. Later, Latif is confronted by the father of the young girl Uday killed. Uday eavesdrops on the conversation and is outraged by the man's pleas for "justice" and "compassion." Uday orders Latif to kill the man, but Latif refuses and instead slits his own wrists, to Uday's amusement. After Latif recovers, he confronts Uday at his birthday party. The confrontation escalates to a shootout and Latif escapes in Uday's Mercedes with Uday's lover, Sarrab (Ludivine Sagnier). The two escape to Malta, but Sarrab, fearing for her daughter in Iraq, calls Uday begging for the chance to return without being harmed. A would-be assassin sent by Uday just misses shooting Latif almost as soon as they arrive on the island. Uday calls Latif and offers him one final chance to return to Iraq, threatening to kill his father if he refuses. Latif says he will not return and his father is killed.

However, Latif does return to Iraq, not to continue to serve as Uday's double, but rather to kill him, with the help of a man whose bride killed herself after being raped and beaten by Uday on their wedding day. In an adapted version of the attempt on Uday's life made by the 15th Shaaban in 1996, Latif and his partner ambush Uday while he is attempting to lure young girls into his Porsche. They wound him severely, including–consistent with unconfirmed reports of the real-life attack–mangling his genitals with a direct shot. One of Uday's bodyguards catches up to Latif as he flees the scene. The guard, however, is one who Latif could have killed as he fled from Uday's birthday party before leaving the country but spared, and the guard extends him the same courtesy. 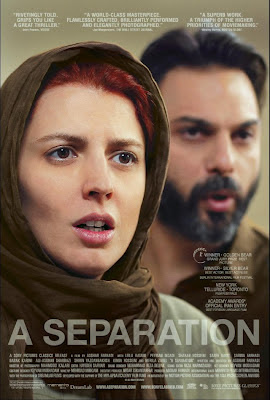 A Separation (in Persian: جدایی نادر از سیمین‎ Jodái-e Náder az Simin, "The separation of Nader from Simin") is a critically acclaimed 2011 Iranian drama film written and directed by Asghar Farhadi, starring Leila Hatami, Peyman Moaadi, Shahab Hosseini, Sareh Bayat and Sarina Farhadi. It focuses on an Iranian middle-class couple who separate, and the conflicts that arise when the husband hires a lower-class caretaker for his elderly father, who suffers from Alzheimer's disease.

A Separation won the 84th Academy Award for Best Foreign Language Film in 2012, becoming the first Iranian movie to win the award. It received the Golden Bear for Best Film and the Silver Bears for Best Actress and Best Actor at the 61st Berlin International Film Festival, becoming the first Iranian film to win the Golden Bear. It also won the 69th Golden Globe Awards for the Best Foreign Language Film. The film was nominated for the Best Original Screenplay Academy Award. a rare occurrence for a foreign language film.

Nader (Peyman Moaadi) and Simin (Leila Hatami) have been married for fourteen years and live with their eleven-year-old daughter Termeh (Sarina Farhadi) in Tehran. The family belongs to the urban upper middle-class and the couple is on the verge of separation. Simin wants to leave the country with her husband and daughter, as she does not want Termeh to grow up under the prevailing conditions. This desire is not shared by Nader. He is concerned for his elderly father (Ali-Asghar Shahbazi), who lives with the family and suffers from Alzheimer's disease. When Nader decides to stay in Iran, Simin files for divorce.

The family court judges the couple's problems insufficient to warrant divorce and rejects Simin's application. Simin leaves her husband and daughter and moves back in with her parents. On the recommendation of his wife, Nader hires Razieh (Sareh Bayat), a young, deeply religious woman from a poor suburb, to take care of his father while he works at a bank. Razieh has applied for the job without consulting her hot-tempered husband Hodjat (Shahab Hosseini), whose approval, according to tradition, would have been required. Her family is financially dependent on the work, and she takes her daughter to the house with her.

Razieh soon becomes overwhelmed by taking care of Nader's father, which is physically and emotionally demanding. On the first day of work, when she finds that the old man is incontinent, she phones a religious hotline to ask if it would be a sin for her to clean him. Assured that it would be acceptable, she continues in the job, but later hopes to get her husband into the position, without revealing that she had first worked there. She finds the work very heavy, especially as she is pregnant. Nader interviews Hodjat and hires him, but Hodjat, who is heavily in debt, is jailed by his creditors on the day he is due to start, and so Razieh returns to work for Nader.

Whilst Razieh is cleaning, Nader's father wanders out of the apartment. Razieh runs to find him, and sees him at a newstand from across a busy road.

The next day, Nader and Termeh return to an empty house. Termeh discovers her grandfather lying unconscious on the floor in his bedroom, with one of his arms tied to the bed. When Razieh returns, an argument ensues between her and Nader. He tells her to leave after accusing her of having stolen money from his room (unbeknownst to Nader, Simin was shown taking the money in an earlier scene to pay movers). Razieh returns to protest her innocence, and to request her payment for the day's work. Outraged, Nader shoves Razieh out of the apartment. She falls in the stairwell and hurries out of the building. Hodjat's sister later calls Simin to inform her that Razieh is in the hospital, and they discover that she has suffered a miscarriage.

A court is assigned to determine the cause of the miscarriage and Nader's potential responsibility for it. If it is proved that Nader knew of Razieh's pregnancy and caused the miscarriage, he could be sentenced to one to three years imprisonment for murder. Much of the film revolves around this issue. Nader accuses Razieh of neglecting his father. The hot-headed and aggressive Hodjat physically confronts Nader on several occasions, and threatens him, his family, and Termeh's teacher, who testifies on Nader's behalf. When Hodjat is sent out of a court hearing for an outburst, Razieh reveals that he is deeply depressed, and that he is taking antidepressants for these issues. Nader learns from Razieh's young daughter that the reason she was absent the day Nader came home early was because she had gone with Razieh to see a doctor, which Razieh had avoided revealing earlier. This news, combined with Hodjat's explosive temper, causes Nader to wonder if Hodjat is physically abusive to Razieh and had caused her miscarriage.

Termeh protects her father with a false statement and Simin attempts to arrange a financial deal with Razieh and Hodjat, to compensate them for the loss of their unborn child. Nader is initially outraged by Simin's suggestion that they pay Razieh and Hodjat, as he feels that it would be an admission of guilt. The morality of all of the characters is called into question as it is revealed that Nader lied about his knowledge of Razieh's pregnancy, and that Razieh has serious doubts as to whether Nader's actions caused the miscarriage. After Razieh had seen Nader's father at the newsstand, she was hit by a car in an attempt to protect him from being hit. Later that same night, she began to experience great pain, likely the beginning of her miscarriage.

Eventually, everyone—including Hodjat's debtors—meets at the home of Razieh and Hodjat to consummate the payment. Nader, still wary about the true cause of Razieh's miscarriage (and it is likely he does not know about her getting hit by a car) writes the check and slyly says he will give it to Hodjat, on the condition that Razieh swears on the Qur'an that his actions were the cause of her miscarriage. Despite Hodjat's urgings, Razieh cannot bring herself to swear, as she believes it will be a sin that could endanger their daughter. Totally dejected, Hodjat breaks down, hits himself violently and storms out of his home—Nader withholds the money.

The last scene is at the family court, and the three: Nader, Simin and Termeh, are wearing black, indicative in Persian culture of a death in the family. The judge makes their separation permanent, and asks Termeh about which parent she chooses to live with. She tearfully says that she has made a decision, but asks that the judge tell her parents to wait outside in the hallway before she tells him. Nader and Simin are shown waiting silently and separately in the hallway, on opposite sides of a glass partition, and the credits roll.