AT
COCHIN MEDIA SCHOOL,
NEAR SOUTH OVER BRIDGE,
ERNAKULAM

“EKANTHAM”
(MALAYALAM/35MM)
DIRECTED BY : MADHU KAITHAPRAM
(Winner ,the Indira Gandhi national award for the best first film of a director, 2006.)

-followed by meet the director-
..
posted by COCHIN FILM SOCIETY No comments:

27-07-2008
9 AM
AT SAVITHA THEATRE
ERNAKULAM
Ekantham -
On the pain of loneliness (2006)
MALAYALAM/COLOUR/35MM/
Director Madhu Kaithapram
Producer Antony Joseph
Cast Murali,Thilakan
Editor Venugopal
Camera man Radhakrishnan M J
Lyrics Kaithapram
Music director Kaithapram Viswanathan
Screenplay Alankode Leelakrishnan
Life is never uncomplicated. The reasons for one’s insecurity maybe many. But the eventual outcome of feeling hopeless and lost is common, especially among the oldies.
Ekantham tackles the subject of old age issues. The feeling of being left out and paranoia is common in many elder citizens. As we said, the causes vary.
Madhu Kaithapram through his debut film Ekantham has tried to go the parallel way of schemes and has etched out a better film. The film with its title which means “Solitude" is a sensitive creation based on the loneliness felt in old age, with no one to take care off. The thing about Ekantham is that it doesn’t get into polemic of doesn’t pontificate; it just showcases the problems of two different individuals.
Opening with aged Achutha Menon performing the last rites for his deceased wife Saraswathy, the film follows his loneliness since he has no children and no immediate relatives. Being a big beaurocrat, he had never taken care of his family in his home village. Tiring of his lonely life, he decides to go to his younger brother Ravunni, who lives in their native village. Ravunni too is a widower, but has a son Viswanathan and a daughter Chandrika, both of whom are settled in the city with their respective families. Since he is suffering from a severe ailment, his daughter and son visits him at regular intervals. Both the brothers meet after a long time, they cherish the memories of old times and are happy being together.
As Ravunni's health deteriorates further, his son and daughter decide to shift him to the city for better treatments. But on the advice of his friend Captain R.K.Nair, Ravunni decides to move to 'Kaarunyam Pain and Palliative Care Centre' a place that provides holistic treatment.
And once at the centres, the two brothers come across a bunch of very different characters like Velayudhan, Dr. Sunny, who is in charge of the centre, Dr. Sophie, who is working there and is deeply in love with Dr. Sunny. All the incidents in the centre is a relegation to Achutha Menon, who is also staying back with his brother. A world of uncanny human relationships opens before him, who decides to look into them in a novel way that he never had experienced before.
Thilakan who plays Achutha Menon once again proves why he is the best in these kinds of characterizations and does it with ease, while Murali is also in his usual self. Salim Kumar as Velayudhan has a small but beautiful role to keep in his records. Manoj K. Jayan as Dr. Sunny and Meera Vasudev as Dr. Sophie are also good.
The highlight of the movie is M.J. Radhakrishnan's cinematography, which captures the mood and feel of the film at its best.
Madhu Kaithapuram has adroitly just put a mirror to the happenings in life and used it to craft a sensitive film. Having been a assistant to Jeyaraj, he understands the subtlety and softness make for good cinema.
The cast comprising Thilakan, Murali, Manoj K Jayan,Meera Vasudev,Indrajith,Salim Kumar,Subair,Ibrahim and Bindu Paniker

The annual general body meeting held at Adhyapaka bhavan on 28th June 2008 , elected the following persons as the new office bearers of the society. 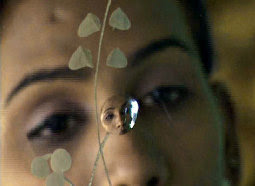 The film “our family” elucidates what it means to free oneself of the social construct of being male and explores life beyond a hetero-normative family.
Set in Tamil Nadu, the film brings together excerpts from Nirvanam, (Liberation) a one-person performance, by Pritham K Chakravarthy and a family of three generations of trans-gendered females—Aasha, Seetha and Dhana, who are bound together by ties of adoption. We see them cutting a birthday cake, visiting the temple, playing seven stones and talking about their dreams.
Aasha Bharathi, is the president of the Tamil Nadu Aravanigal Association, Chennai. Seetha, her adopted daughter, lives with her male partner Selvam, in Coimbatore. Dhana, the youngest and the most starry-eyed, is Seetha’s adopted daughter, who shuttles between her adopted and natal families. “The local residents have accepted Seetha as one of them. We had a good rapport with them, so when we shot in public spaces there were no issues,” says Jayasankar, who along with Montero has made 30-odd documentaries that are “off the beaten track”.
“We decided to make the film when we met Aasha through Pritham, who is our friend. We wanted to do it as a collaborative project, not one that dictated terms to them,” says Montero.
The film juxtaposes the ‘normality’ of their existence with the dark and powerful narrative by Pritham, a well-known dramatist in Tamil Nadu. Nirvanam quotes an incident from the Mahabharat where Lord Krishna marries and sacrifices an Aravani on the eve of the battle with the Kauravas. This ensures the Pandavas’ success on the battlefield: a symbol of the violence and exploitation faced by Aravanis.
posted by COCHIN FILM SOCIETY No comments: