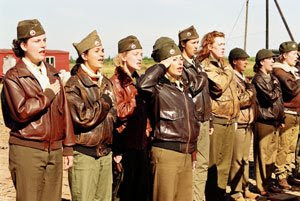 
The film is based on a true story of the 9th company during the Soviet invasion in Afghanistan in the 1980's. Young Soviet Army recruits are sent from a boot camp into the middle of the war in Afghanistan. The action is not like a boot camp at all. It is very bloody and dirty. The 9th company is defending the hill 3234. They are hopelessly calling for help. But help never comes. "This is war, you kill, or get killed", says the 9-th company leader Khohol (Bondarchuk). They believed that they served their country. But two years later that country ceased to exist.
Fyodor Sergeevich Bondarchuk
Fyodor Sergeevich Bondarchuk was born on May 9, 1967, in Moscow, Russia. He was brought up in a family of filmmakers, and was no stranger to this profession. His father, Sergei Bondarchuk, was an internationally acclaimed film actor and an Academy Award-winning director.

From 1985 - 1987, and from 1989 - 1991 Fyodor Bondarchuk studied at the Russian State Institute of Cinematography (VGIK), and graduated from the class of Yuri Ozerov as a film director. At the same time he founded the production company "Art Pictures Group" together with his friend, Stepan Mikhalkov. He has been making a variety of projects, ranging from music and advertising videos to feature films. He also has been working as an actor and VJ on Russian TV. In 2003 he won TEFI Award for his work on television, and also received many other awards for his music videos and films.

Fyodor Bondarchuk is a popular TV show host, his show about cinema world has been released weekly on the CTC TV in Russia. He is currently residing in Moscow, Russia.

Based on A. Galych's play "Matrosskaya Tishina", "Papa" tells a story of a Jewish father who dreamed of seeing his son perform on a stage in front of huge audiences, he dreamed of seeing him as the greatest violinist of his time. To achieve the goal he taught his son Dodik how to play the violin from the yearly age. When Dodik grew up he left the small town he and his father lived in to study in the Moscow Conservatory leaving his past behind. But one day he has to choose either to loose his father or everything he has achieved


Transit (Russian: Peregon) is a 2006 film from prolific Russian writer-director Aleksandr Rogozhkin, which was presented at the Karlovy Vary International Film Festival. Several of his past films have screened there, including Life with an Idiot and the Chechen war drama Check Point (Blokpost), for which he won the Best Director Prize in 1998. Transit is a story set on a secret military transit base in the remote Chukotka region, where planes from allied forces came in from Alaska, including quite a few with female pilots, which of course attracted the attention of the mostly male Russian crew at the base.

The stars of the film include famous Russian actors such as Aleksey Serebryakov, Daniil Strakhov, and Anastasya Nemolyaeva.


Plot summary
A group of American pilots from Alaska ferry Airacobra fighter planes across the ocean on Lend-lease. The orderly course of life is disrupted when it becomes clear that the American pilots are attractive and charming young women. The feelings of the Russian young men collide into barriers of culture and language resulting in a host of awkward, funny, and sometimes tragic situations.


Alexander Rogozhkin ( born October 3, 1949 in Leningrad) is a Russian film director. Abroad, he is most famous for his acclaimed 2002 film The Cuckoo (Kukushka), which won the Golden Eagle Award for Best Picture. He also directed the very popular Russian-language screwball comedies Peculiarities of National Hunt and Peculiarities of National Fishing, among other works.

Rogozhkin's latest film, Transit (Peregon), was released in 2006. It is a "wartime tragicomedy" about the relationship between Soviet soldiers in the Far Eastern outpost in Chukotka and the American female pilots who bring them U.S.-made airplanes from Alaska through the lend-lease program. As in The Cuckoo, Rogozhkin cast a number of amateur actors for Peregon.

synopsis
The film events take place in Moscow in the 1970-s. The plot is based on the classical love triangle: two youths and a girl. They are students of the same institute of higher education, live in a large country without suspecting that soon it will vanish from all the maps of our planet. This film narrates about love, youth, and the country named the Soviet Union.

Shakhnazarov is the son of a prominent politician of Armenian descent, Georgy Shakhnazarov.

The production of the film doesn't appear to have suffered any obstruction and the resources were lavish, as evidenced by the scenography and photography, but once finished the film was declared unsuitable for release; the reasons were evidently to do with the way the imperial family is portrayed. In this film Nicholas II is shown as weak and indecisive, rather than brutal, and this did not square with the way the period had been retold in Soviet historiography and schoolbooks. Furthermore, the Bolsheviks make no appearance at all in the film though it takes place during the final months of the empire, when the state was drifting toward revolution. This is historically truthful; the Bolsheviks had a very low level of activity in Russia during the First World War, most of their leaders were abroad or in prison and at the time they made no real, organized contribution to the unrest until after Lenin had returned in April 1917, by which time the Tsar had already been deposed. This was something Soviet history would not recognize; instead Lenin would be portrayed as the wise general of the upheaval from the start, and the Bolsheviks as the mass party of the working classes. Finally, the prominence of sexuality and sectarian religion in the film were hard to stomach for Soviet censors.
So the film went unshown until 1981, when it was screened at the Venice Film Festival and attracted very favourable reviews. Released in western Europe in 1982 it was hailed as one of the most original Soviet films of the 1970s. In Soviet Russia it was screened only in 1985, at the dawn of the Glasnost era. The versions released in the 1980s, and later on dvd, differ somewhat in length and the final voice-over newsreel shots of the 1917 revolution may have been tacked on as a bow to Soviet authorities; ending it with the bleak burial of Rasputin would appear to have been more logical. The original mid-seventies cut does not seem to have survived, and it is unclear how much was rewritten or possibly reshot after 1975.
The storyline of the film follows the final months of 1916 up to the murder of Rasputin; some events have been telescoped into this time though they really happened earlier during the war. Rasputin's effect on people around him is shown as almost hypnotic, and the film avoids taking a moral stance towards him - breaking not only with Soviet history but alo with how he was regarded by people near the court at the time, some of whom regarded him as a debilitating figure who disgraced the monarchy and hampered the war effort.