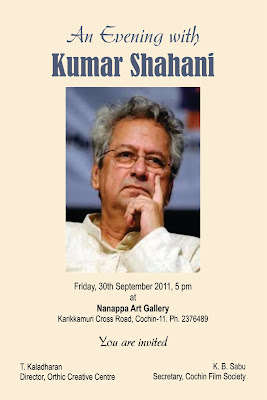 The film is set in the late 1990s among the fishing communities around Kundapura, in the southwestern Indian state of Karnataka. The impulsive midwife Gulabi (Umashree) is the protagonist, whose one passion is the cinema. She leads a lonely life in an island inhabited by fisher folk. Her husband Musa (K.G. Krishna Murthy), a small-time fish-selling agent, has deserted her and is living happily with his second wife Kunjipathu and their child Adda.

A family gifts her a television with a satellite dish antenna in gratitude after she attends to a difficult delivery (for which they even had to bodily remove her from a movie theatre). The arrival of the first color TV in her small island village heralds great changes in the sleepy hamlet. The women in the village begin gathering at her house once the men leave for fishing. But a few of them stay away, since Gulabi is one of the few Muslims in the village. Yet others prefer to watch from outside her shack, without entering it.

Among the regulars at her home is Netru (singer-actress M.D. Pallavi), a girl with an absentee husband and a domineering mother-in-law, whom Gulabi befriends and becomes a confidante to. But Netru disappears and Gulabi is blamed, leaving her all alone in the village.

The Kargil War of 1999 and the rise of communalism in Karnataka provide the backdrop to the film. The communal stereotyping of Muslims following the Kargil War finds an echo in the village. The tension between the small fishermen of the village and a Muslim businessman (who is actually never shown throughout the film) with a growing fleet of commercial trawlers acquires a communal colour.

The disappearance of Netru adds to the mounting tensions. The Muslims in the village flee and urge Gulabi to leave too, but she refuses and stays put in the village. Her house is vandalised and she is forcibly taken to a boat to leave the island. The young men from outside who spearhead the attack assure the villagers that Gulabi's television would remain in her house.

The film ends with a scene in which two illiterate elderly women, who had hitherto refused to enter Gulabi's house, going in there to watch TV (which they do not know how to switch on - they are probably unaware even that it has to be switched on).