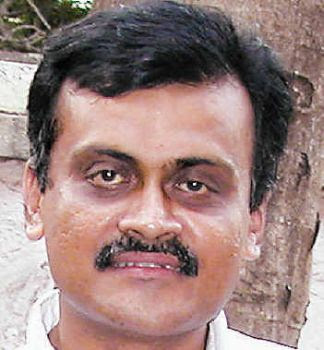 
Joined Doordarshan in 1984 and worked as Producer of News and Current Affairs Programme at Doordarshan Kendra, Thiruvananthapuram till 1999.Worked as Assistant Station Director, at DDK, Kohima during 1999-2000.Worked as Film Officer on Deputation at Kearala State Film Development Corporation (KSFDC) during 2000-2002 and was in charge of Digital Studio, Documentaries and the programme ‘RANGOLI’ produced for Doordarshan.

Telefilm ‘SAKUNAM’ based on the short story by Kovilan in the Classic short story series produced by Doordarshan featuring Murali, Urmila Unni and Remya Nambisan in lead roles. (2006)

‘NINACHALOZHUKIYA NALVAZHIKAL’ a two part Documentary on the naxalite period in the political history of Kerala produced by Doordarshan (1996). The film was shown in the competitive section of the Festival Internationale Programme Audio Visuel (FIPA) held at Biarritz, France and also at the Videotheque Festival, Paris, Mumbai International Film Festival (1998) and various festivals in and around Kerala.

Member, Board of Studies, Dept. of Communication and Journalism, University of Kerala, Board of Examiners and Guest faculty of Universities of Kerala, Calicut, Kannur and Mahatma Gandhi University, Centre for Development of Image Technology (C-Dit), Kerala Press Academy both under Govt. of Kerala and Journalism Institute under Trivandrum Press Club.

Closlely associated with the International Film Festival of Kerala (IFFK) since its inception in 1995 as member of the organizing committee. Was member of the selection committee of Indian and Malayalam Film section of IFFK 2011. Worked as member of Jury of various Film / Media Festivals including Padmarajan Award for best Malayalam film and Script (2011) and Kerala State Media Award consecutively since 2005.